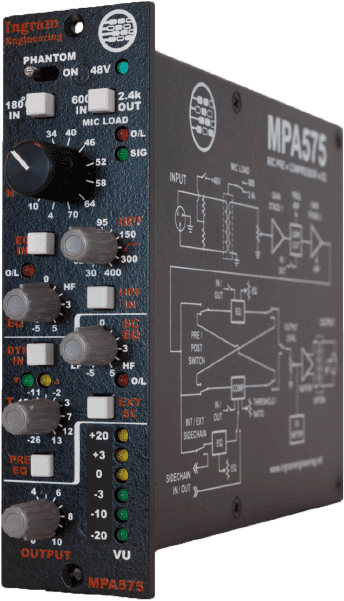 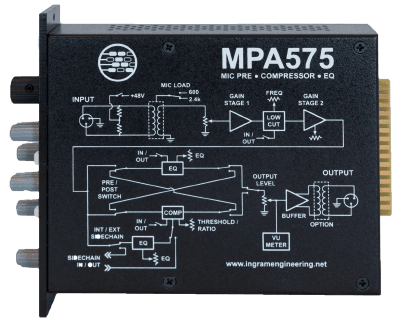 Designed and built by musicians. Made in the USA.

Ingram Engineering specializes in the design and production of the highest quality and most versatile studio tools available. Classic circuit design topologies and techniques are used as a basis for original designs and feature sets that provide great sound and unparalleled consistency under all usage conditions.

Products for the modern studio

"This is the kind of preamplifier I want to see more of in our world. It does what it’s supposed to do and it doesn’t add much else to the sound. ...built with care... to last several lifetimes." - Scott Dorsey Recording Magazine

"...even at the maximum spec'd input level of 20dBu, the THD (total harmonic distortion) is quoted as being a mere .002%. That is insane! It quickly became apparent they weren't kidding when they said these units were clean. Actually, clean is an understatement. They are invisible, yet beautiful at the same time." - Michael Frasinelli APN Magazine

The most versatile studio tool available in a single chassis

Please refer new equalizer inquiries to the EQ52, linked above

Ordering our products is easy. Contact our dealers or complete the contact form. Indicate which item you want or have questions about and press the Send Message button. We will be in touch with you. We accept payment through PayPal. Money back guarantee. Like us on FaceBook.

Your message has been sent. Thank you!